Last year, I posed the question of how to address the issue of vehicles parking in bicycle lanes.  I thought that perhaps my trip to the world’s leading cycling countries would provide me with some insight on the matter.

But looking through my pictures after getting back to Canada, I realized that almost every picture I took of an on-street bicycle lane suggested problems with parked vehicles.

Here is the new town centre of Houten Zuid, where I was taking a picture of the new train station, Houten Castellum: 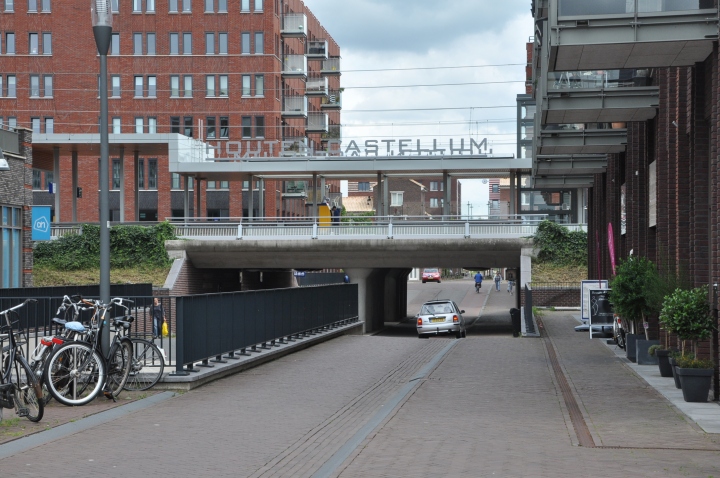 In the next picture, I was showing the very simple way in which traffic is calmed on this rural route heading out of Utrecht.  This is an “advisory” bicycle lane, so I’m not sure if whether or not the van is allowed to park there: 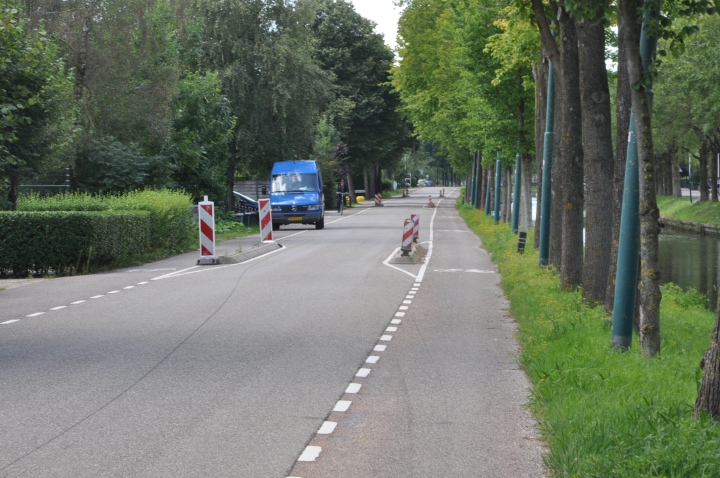 And finally, a creative use of the European “No Stopping” sign outside an ice cream shop in Utrecht:

Despite this issue being prominent in my pictures, I did not actually experience any problems with cars parked in bicycle lanes while in Europe.  This is mostly because I didn’t experience bicycle lanes much in the first place.

Painted lanes make up only a very small sliver of the bicycle facility spectrum in the Netherlands and Denmark.  Far more often, traffic speeds or volumes are considered to be high enough to require a physically separate path, or traffic speeds and volumes are lowered to the point that bicycles comfortably share the street without any dedicated provision.  In either of those situations, parking is not a problem.