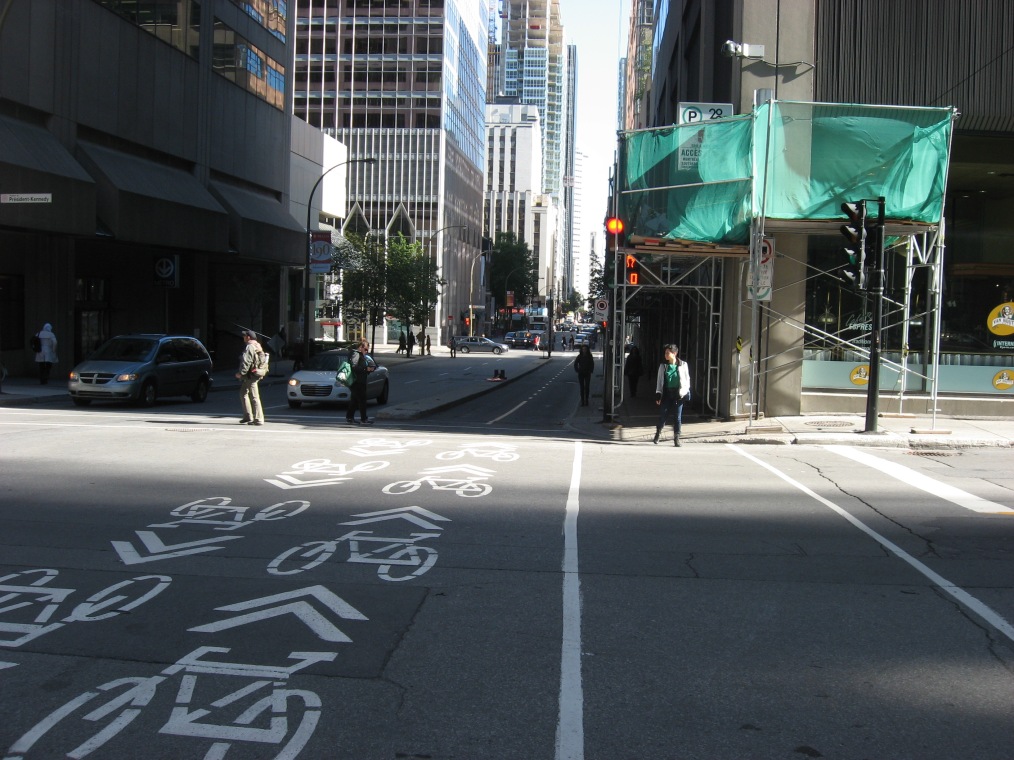 Last week, my wife was in Montreal and took this picture of some bike lanes.  I love the curb between the bike lanes and the car lanes!  It makes me long for similar infrastructure here in KW.  It also makes me want to throw my bike on a train and go to Montreal, just to ride in the bike lanes!  Of course I could also just rent one of the bixi bikes and tour Montreal.

Another thing I like in this picture is the markings telling cyclists which way to cycle.  I know this sounds like a small thing, but I live on a street with bikes lanes, and I frequently run into people cycling the wrong direction in the bikes lanes.  I’m not sure why people ride in this fashion.  It can be quite dangerous!  One day last week, when car traffic was very heavy, a cyclist was riding the wrong way in the same lane I was riding in.  We both had to stop.  I asked him why he was riding the wrong way on the road.  He said he hadn’t known that cyclists had to ride on the proper side of the road.  Education would probably help with this problem, but painted directional marking would be great too!

I commute to work via Margaret Avenue, so have been eagerly awaiting the planned bike lanes.  Early this week, white dots marking where the bike lanes are going to be appeared!  I am very happy about this.  The road is plenty wide enough for bikes lanes.  Anything that separates cars from where I cycle is a good idea in my book!  I’ll be really happy when they paint the permanent lines on the road.  Now, if only it weren’t quite so bumpy!