The Waterloo Jazz Festival was this weekend, it’s all about sultry soul felt improvisation that’s straight from the heart.

That’s exactly how I’d describe my good friend’s bike the Electra Amsterdam complete with an extra cycle that’s accessorized with a custom deck. As soon as I started riding this bicycle I realized this was a special moment: it was the first time I’ve ridden a comfort bicycle since my all-things-bicycle awakening two years ago.

I know I borrowed many a comfort bicycle while living in Badhoevedorp and Hoofddorp in the late ’80s but I didn’t have an appreciation of them, in fact most of the time I proudly rode my imported Raleigh Big Horn.

The ride was effortless and smooth, I’m guessing the fat frank tires had a lot to do with that. I really liked the switch to an upright riding position. It was so comfortable to look around, I can see why it’s a safer riding position.

After today’s cruise down the Iron Horse trail from Union to a loop around Victoria Park, I want to ride nothing else. 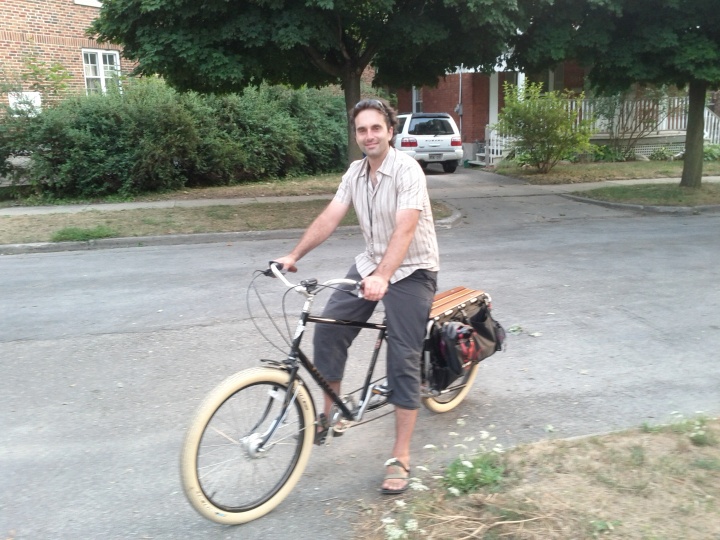 Now the weekend wasn’t only about a ride on the Electra it started off with putting some new tires on the old mountain bike for a touring ride with the family.

After getting the tires on we were off to Sabletin to add to brunch at the rendezvous point.

Then it was supposed to be a quick snack before a group ride.

The bikes were piling up in the driveway.

Unfortunately the brunch was far too good. The backyard far too friendly. The group ride was missed, but our family still had a great ride. 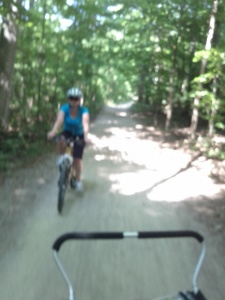 The shaded trails around conservation lake were great on a hot day. 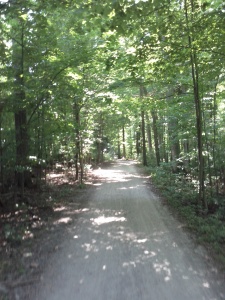 Our first attempt at a picnic was shortened as we lost one rider who missed the turn.

But we found the missing rider on our second attempt.

Met a boy on the way back at Columbia Lake who had caught a Garter snake.  Cycling is so social!

Picked up some groceries at the Valu-Mart at Waterloo Town Square before heading back to our starting point for a pre-Jazz BBQ. 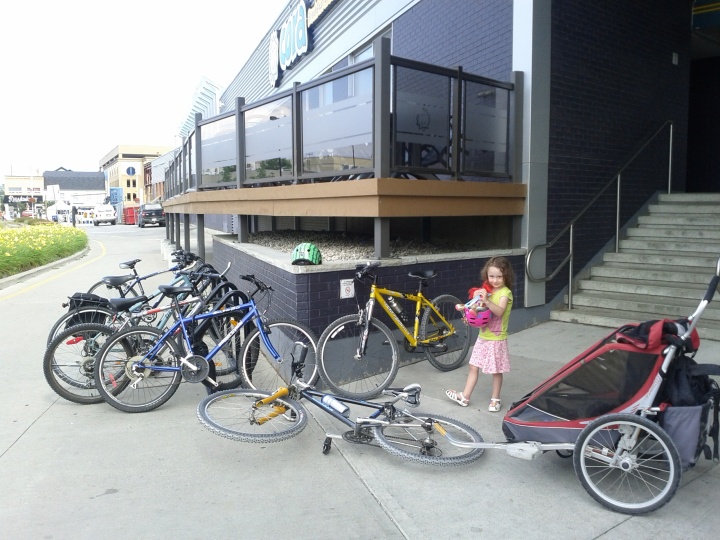 Then we ended our evening at the Jazz Festival with Holly Cole. 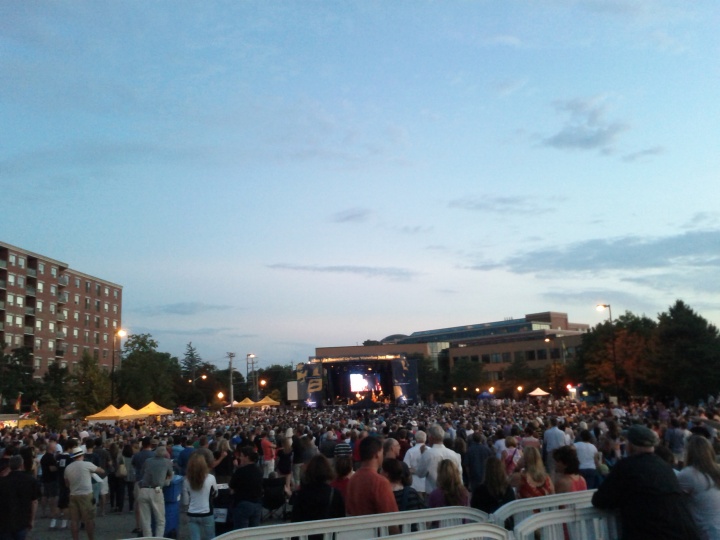